Getting started with Pact Plugins

The Pact Plugin Framework was created in order to:

The framework allows users to extend Pact by creating new types of:

Pact has three types of interactions: 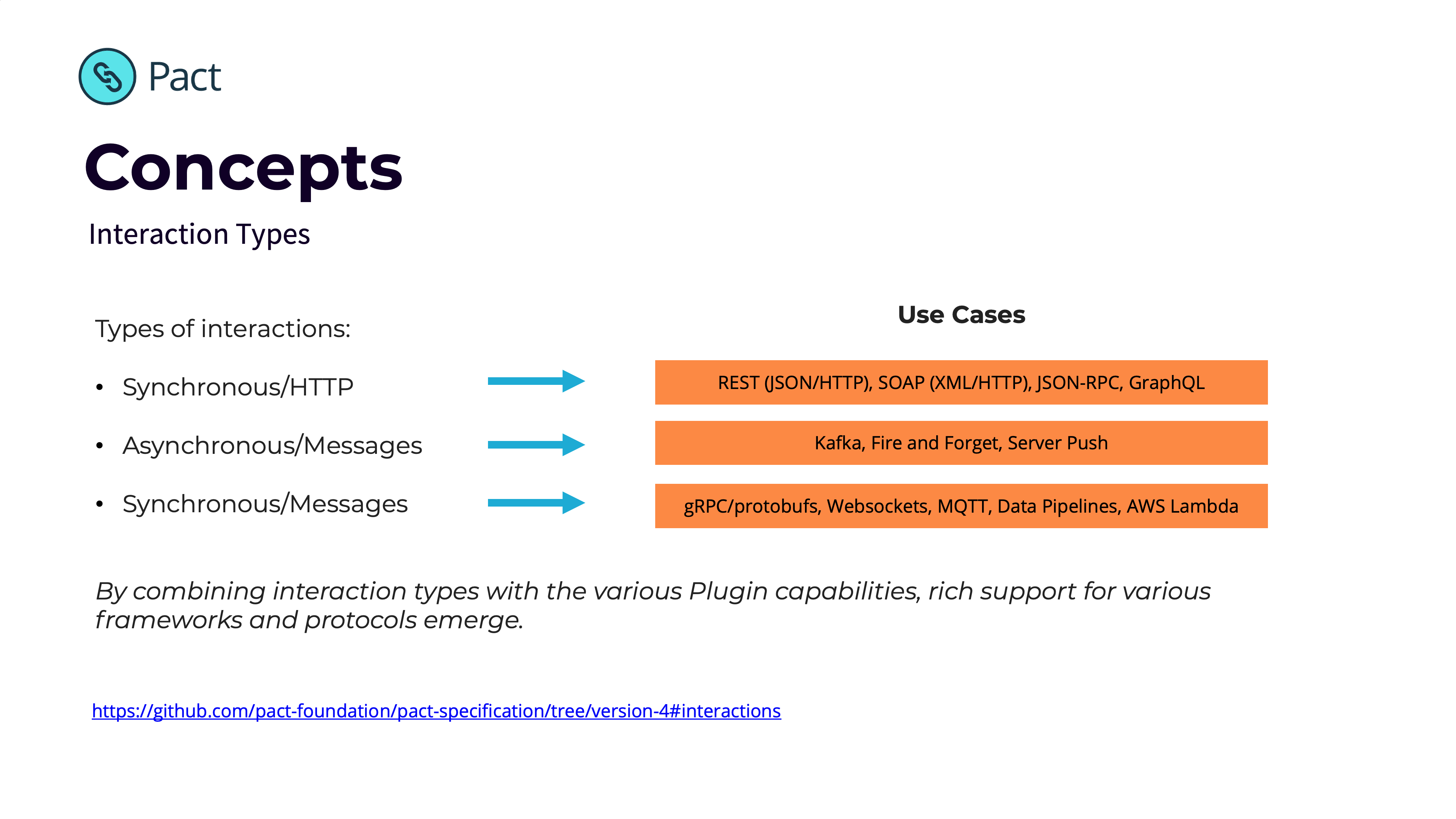 The combination of these interaction types with new transports and protocols, enables you to model almost any type of API and support any use case.

Diving a bit deeper, let's look at the various system actors and how they work together with Plugins. 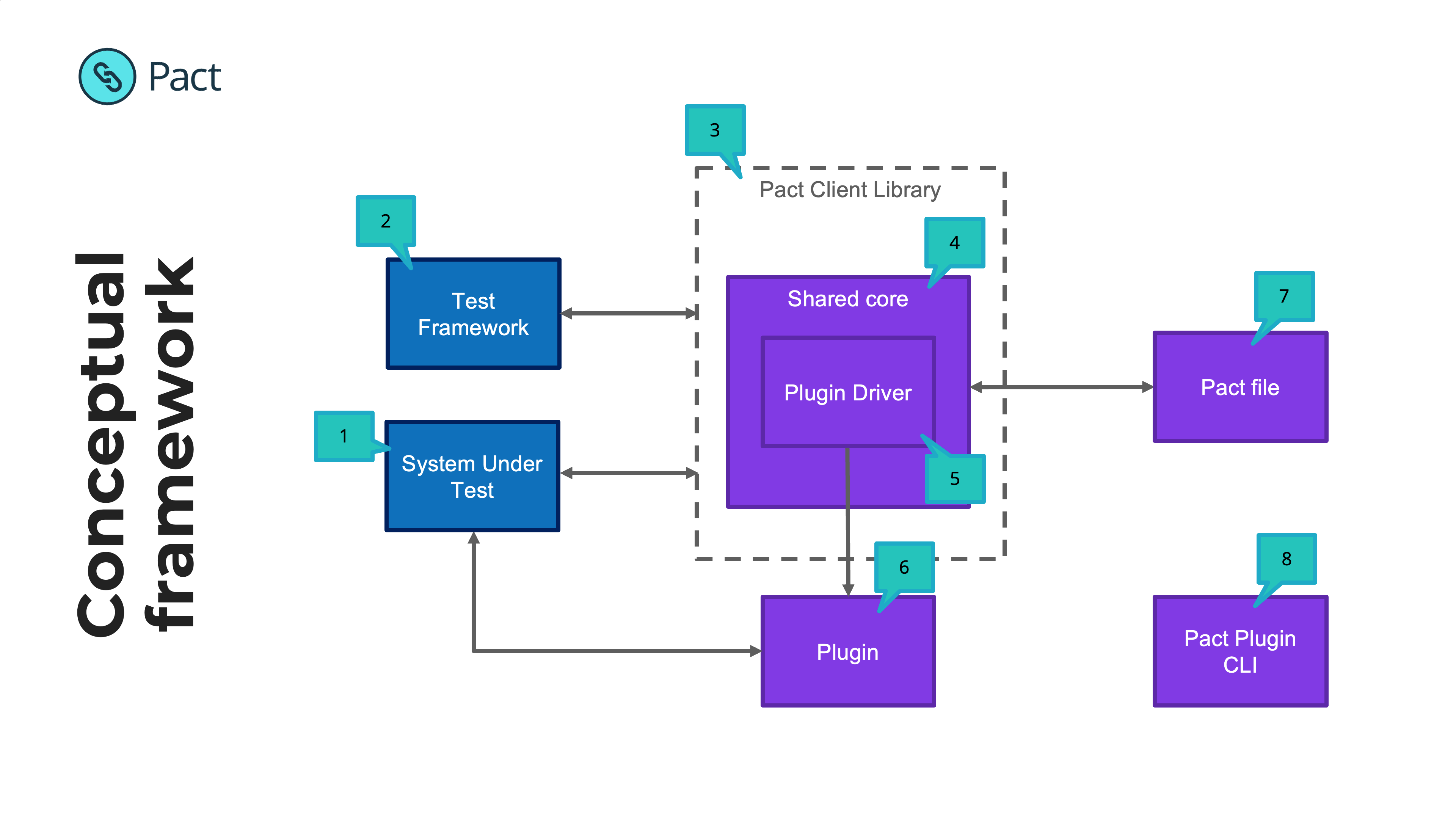 How do I get started?​

Why did we build the Pact Plugin Framework?​

Loved by thousands of development teams globally, Pact was originally created to support the rise of RESTful microservices and has since expanded to support asynchronous messaging, becoming the defacto API contract testing solution.

As architectures have evolved, organisations find that the existing Pact contract testing framework may not support all of their use cases.

The industry has continued to innovate since Pact was created in 2013, and RESTful microservices are now only one of the key use cases today. According to SmartBear’s 2021 State of Quality report, we are seeing the growth of:

When did it go live?​

It is live today as of December 1st. It was in developer preview since 2021. We blogged about the idea for the Pact Plugin Framework in 2021 and have been actively chipping award at the roadmap item to enable developers everywhere to use contract testing where they previously couldn’t.

Hats off to Ronald Holshausen who undertook the mammoth task of standing up the Framework. With this, development teams can now harness the power of contract testing where they previously couldn’t, applying it to unique and emerging use cases and technologies - no matter the scale or the language, transport, protocol or content type.

How does this new capability work?​

Pact may have been applied to one team or application using RESTful microservices but another using GraphQL, have been unable to get the complete benefits of contract testing. The Plugin Framework is the answer – developers can build plugins for their custom needs, whether they open source the plugin or keep it closed source for in house only usage.

For those familiar with Pact, this is a substantial innovation. By having a single generic interface, the Plugin Framework side steps the problems of requiring the input of core maintainers to support a new feature and its constituent concepts that must be built into each client language.