When using Pact, you have to be careful about how your application version numbers are set. This document describes the versioning concepts used by the Pact Broker, and recommends best practices.

There are conceptually three resources that can have versions in the Pact Broker:

Users of Pact never need to worry about pact contract versions, since this is done automatically by the pact broker. However, consumer and provider application numbers need to be set in a principled way, even in pre-production.

When a pact contract file is published to the broker, it is associated with a particular consumer name, consumer version, and provider name:

A neat feature of the pact broker is the ability to recognise duplicate contracts, meaning that one specific contract can belong to multiple consumer versions: 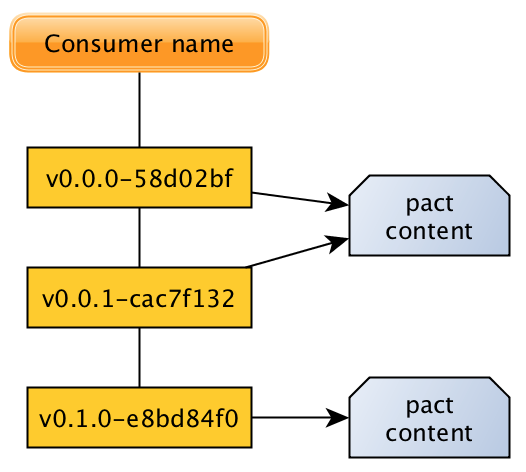 It also has the smaller advantage that it is always safe to republish the same pact contract for the same consumer application version - it will simply be a no-op. You'll see a 200 OK instead of a 201 Created in this situation.

At provider verification time, the application version of the provider is associated with the pact content for that particular provider/consumer pair:

This allows the broker to construct verification status for particular consumer/provider version pairs:

This illustrates that consumer version 0.1.0 is able to communicate with provider version v2.0.0, but not v1.0.0.

(Here a new version of the consumer has been published, but since the contract hasn’t changed, we know that it is able to communicate with provider version 2.0.0)

Similarly, if a new consumer version that requests a different contract is published, then verification status is not immediately known: 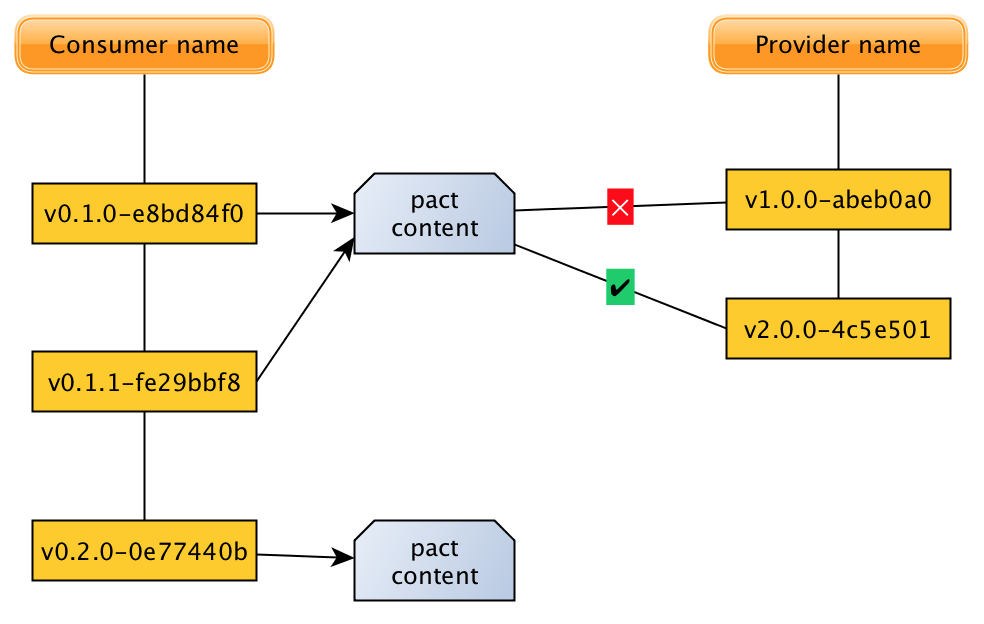 Once a new contract is published, it can be verified with the current provider version. 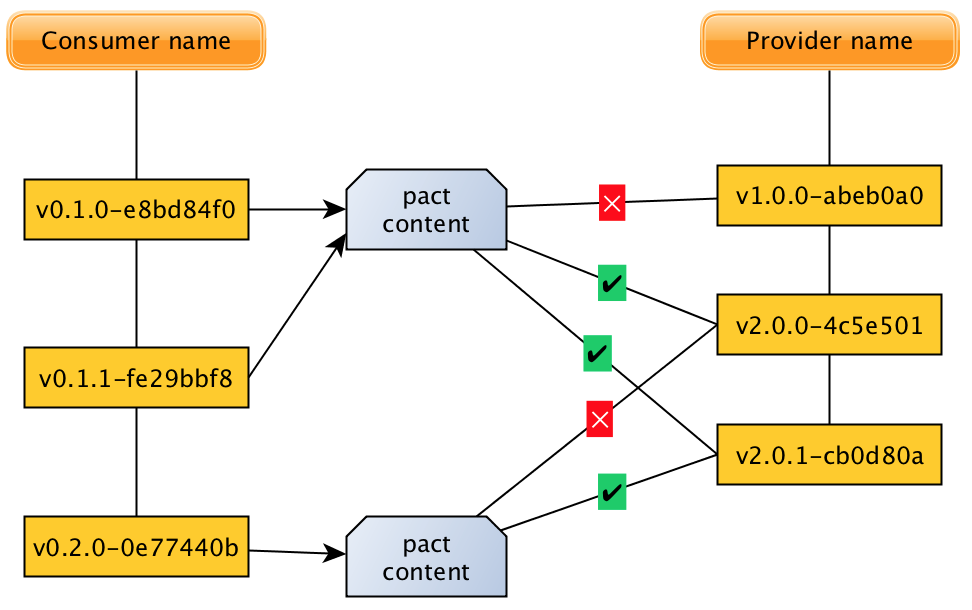